Home > Print vs. Online > Five urban legends about magazine advertising that are worth forgetting

Five urban legends about magazine advertising that are worth forgetting 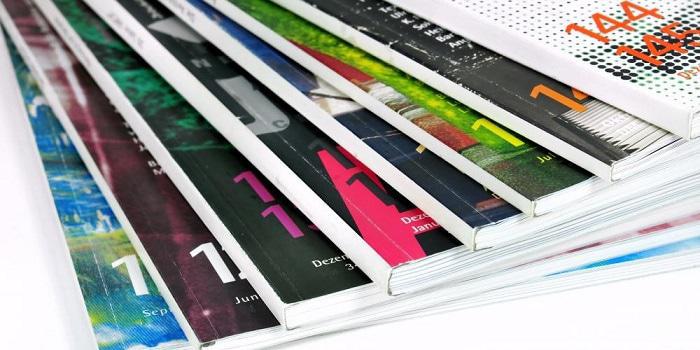 The more you hear something, the more likely you’re to believe it. It’s called the illusory truth effect and it’s more common than you might think. Some examples: vaccines make you sick, salty water boils faster, humans have five senses and goldfish have three-second memories. None of these “facts” are true at all, but you hear them so often that, without doing any research, you’d be forgiven for believing them.

So if you’ve been believing these falsehoods, what other information has been making it past you unchecked? In advertising alone, a lot of myths get thrown around like they’re hard facts. This blog debunks a few magazine advertising urban legends and cuts to the core of what this method of reaching customers still has going for itself.

The exact opposite is true, actually. Magazines, by design, target a very specific audience. A look at any newsstand confirms this; there are all kinds of magazines covering topics from automechanics to zoology. Now, let’s say you’re running a patisserie and you’re looking to advertise somewhere you’re guaranteed to reach your audience, what better place to start than a baking periodical? Even if you’re after a particular age group, there’re magazines aimed at every age demographic out there. Magazines are also diligent about keeping track of their audience’s demographics so magazine advertising is really the most practical way to put your product directly in their hands.

There’s no trackability with magazine advertising

The false assumption that print and digital advertising are enemies is what leads many people to approach both with blinders on. Sure, there aren’t a lot of ways to trace purchases back to specific print ads, unless you’re innovative. QR codes have made it possible to bridge the divide between print digital. How? By printing a QR code along with your ad, you can offer prizes, discounts and loyalty points to customers who follow the QR code either to your app (if you have one) or your website. In fact, by doing this, you’re able to reach potential clients on more than one marketing channel, broadening the awareness of your brand.

The most common critique that magazine advertising receives is that it’s more expensive than advertising online. This is only true if you’re reckless with your advertising. By putting your faith in a reputable agency, you can get prices negotiated down for and value adds that offset the capital investment of outsourcing to an agency. More importantly, agencies can secure the best advertising space in the best publications with the best circulations. And, over time, through the system just doing its job, you’ll start to notice an increase in revenue as well as the return on investment that every business owner seeks.

It’s easier to build your brand on your own

Sure, but how effectively will you be able to do that? What advertising strategy could you possibly come up with that could beat literally getting your product in front of your customers? Also, consider the credibility that print publications have over digital publishing avenues. The authority of a newspaper or a niche interest magazine is harder to question than a digital banner ad that’s more likely to annoy consumers than entice them. If you opt to build your brand on your own it might take you years before your name is big enough to recognise. With print advertising, your ideal customer is regularly reminded of your brand with every issue released and every time they pick up that same issue to read again.

Magazine advertising requires too much work for the consumer

Yes, the world is becoming more digital and that’s leading consumers to expect things to happen much faster than they used to. Without interactive links to click on, what are modern consumers meant to do after they’ve seen your ad? The answer lies in the first urban legend; that is to say, that print media provides yields a higher number of targeted and informed buyers. In other words: because the magazine has already found the niche market your product is aimed at, you’ll get more decisive buyers as opposed to inquisitive browsers. By shortening the buying journey, there’s less time wasted with customers who aren’t ideal for your product or service.