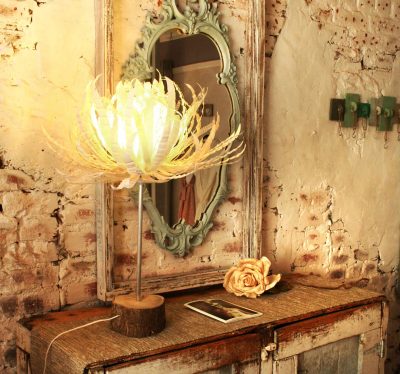 Karoo Kwezi: Lighting the way to a new Start

Cape Town HOMEMAKERS Expo exhibitor, Karoo Kwezi will be showing off their beautiful upcycled lighting creations at the show. We spoke to owner Irma Weyers and PE based worker, Tamara Williams about creating beauty out of what most people consider rubbish.

Starting in 2011, Karoo Kwezi (Kwezi meaning “bright morning star”) has blossomed into a thriving business that impacts both the environment and the community. Using her creative flair, graphic design knowledge and interest in flowers, Irma began Karoo Kwezi as a simple project that would allow her to create something with her hands.

“I was inspired by people making beautiful products from discarded articles, and then I started cutting up Coke
bottles. But I also wanted to make something unique, which was indigenous to South Africa. That is where the Proteas and pincushions originated,” she explained in an article for Vrouekeur. 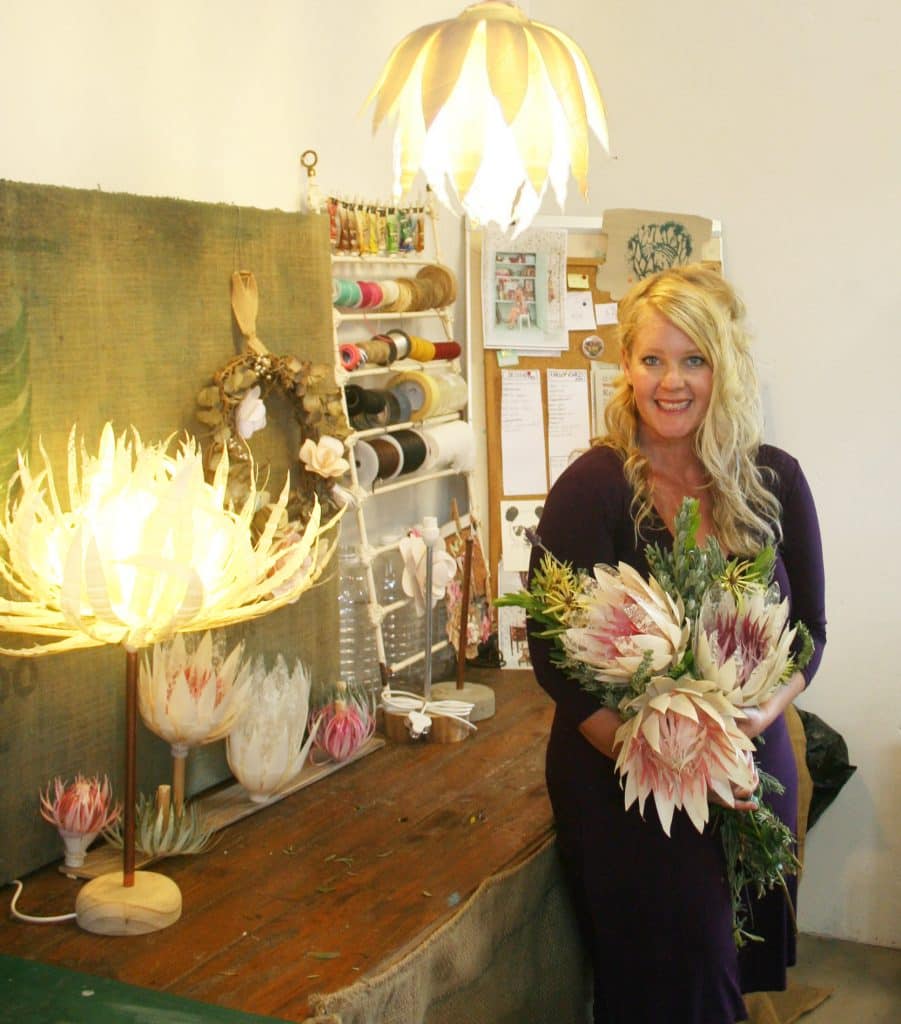 Karoo Kwezi owner, Irma Weyers with some of her upcycled lights and bouquets. Photo Supplied.

As the project grew, Irma began training women in the community who help cut the bottles before Irma puts the final product together. One of the women involved is Tamara Williams who continues to help Irma from Port Elizabeth even though Karoo Kwezi has now relocated to the Western Cape.

“At the time when I started working with Irma, I was in a difficult time of my life. I had just moved back to Port Elizabeth and had no way to support myself and my self esteem was pretty low. This opportunity helped me get back on my feet financially and gave me a renewed sense of purpose. It reinvigorated the creative side of myself. Being part of creating something beautiful, from what would otherwise be considered trash, was inspiring. This also helped to think differently about how we can make efforts to remove ourselves from this throwaway culture. I am eternally grateful to be part of something so incredible,” says Tamara. Irma’s dream for the future is to “have a large workshop one day, where I can manufacture large light chandeliers and, at the same time, create jobs for many women.”

You can see Karoo Kwezi’s upcycled lights at Cape Town HOMEMAKERS Expo until 1 September 2019 at the CTICC. 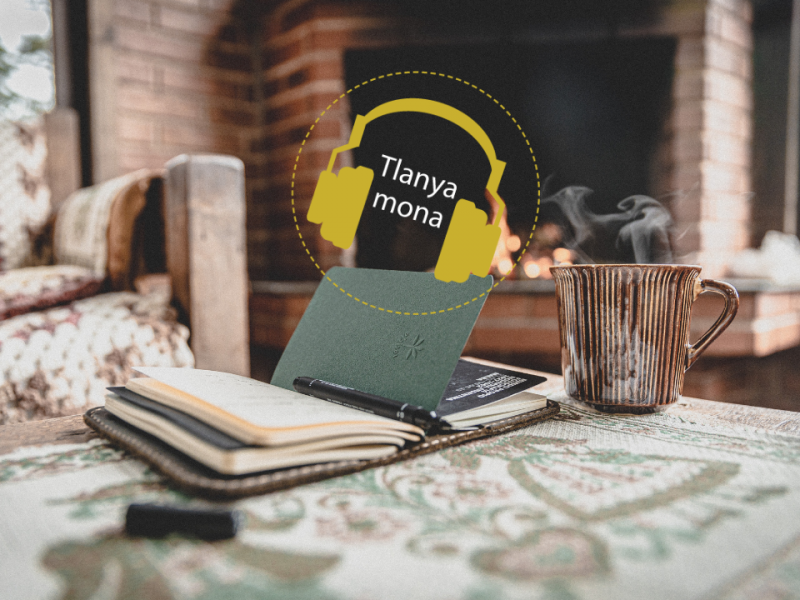 Prepping Your Home for Winter